Knowing your Pulses and Cereals Better

While commonly encompassed in the grain family, cereals and pulses share notable differences. Generally, grains are seen as hard, dry seeds; in most cases their sizes are small. Moving further we see that plants that produce grains are also commonly termed grain crops. Now within this large grain family are “clans”, these clans per say are subdivision within which grains can be split across. These subdivisions mentioned here are majorly of five kinds: cereals, pulses, whole grains, pseudocereals and finally oilseeds.

Owing to a commercial perspective, we don’t really hear much about the likes of pseudocereals and oilseeds. Cereals and pulses largely beat the other types of cereals in popularity being more demanded for. Also, pulses and cereal are more popular and commonly found than the other types of grains for their sumptuous nutritional value hence their increased consumption all around the globe.

One peculiar winning point dry grains have when compared to the other types of staple food is their impressive storage. You can store your cereals and your pulses for a longer time durably than most of the other staple foods we have. Even aside from that, pulses and cereals have this convenience of transport. You can easily and readily move them around. It is even much easier mechanically harvesting pulses, and processing them via industrial agriculture. Alright, let us now delve deeper and typically examine cereals and lentils.

First, we will begin with Cereals 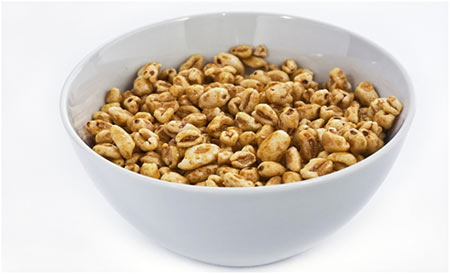 Coming from the agricultural angle, we can say cereals are grasses under the family of Poaceae being a monocot. Cereals are more notable for that their wealthy supply of starch. A cereal is structurally made up of the germ, the bran, and the endosperm. Cereals are assured banks of energy supply and well grown across the world. Aside starch, cereals are great sources of vitamins, oils and even proteins.

Most offspring of the cereal lineage are popular foods like rice, millet, and wheat which are the most reliable staple foods in most developing countries. In other countries more developed, we have other prominent products like oats, sorghum, rye, and triticale.

Some interchangeably refer to pulses as legumes. While not very accurate, it is at least forgivable. Pulses are annual leguminous crops gotten from pods which come with seeds particularly ranging from one to twelve. Pulses as compared to cereals have a more jam-packed composition of amino acids.

Aside from their nutritional composition, pulses also find use in crop rotation especially for their capacity to fix nitrogen into the soil. Pulses are further largely divided. We have the likes of chickpeas, Bambara groundnut, dry beans, lentils, further coming under pulses.

Moving on to the delicacy pulses bring on, pulses can be a tantalizing addition to any diet. Pulses are voluminously filled with fiber aside the protein, also boasting a rich composition of vital vitamins like the folate as well as other essential minerals like zinc, iron, and phosphorus.

Thus we see that pulses are of immense benefit to our health and general well being. Pulses are of a versatile variety of sizes, colors, and shapes as well. Equally several cultures across the world have their individual means of eating pulses as well. We could, therefore, have pulses in split form, in ground form (processed into flours) and all that. It is, however, important to remind us here that fresh beans don’t correctly fall under the domain of pulses.

Let us now look at some differences between pulses and cereals

From what we have seen so far we that cereals and pulses differ largely on a nutritional basis. While you can assuredly go to cereals for carbohydrates, you would conversely go to pulses for proteins. Also looking at their source, you can find cereals in a pod by means of their natural existence, but you can’t find pulses in pods.

Overall, we have taken our time to adequately identify what grains are and how they divide notably into cereals and pulses. With the deeper understanding you gain from here, you can properly tell the deviation between pulses and cereals both on a nutritional basis and otherwise.